Save big on a NEW Kitchen or Bedroom from Stylecraft 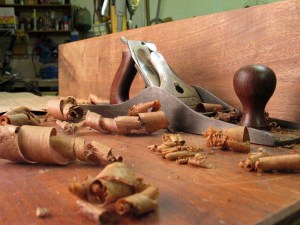 The Home Renovation Incentive (HRI) Scheme provides for tax relief for Homeowners and Landlords by way of an Income Tax credit at 13.5% of qualifying expenditure on repair, renovation or improvement works carried out on a main home or rental property by qualifying Contractors.

The amount of the HRI tax credit depends on the amount spent on qualifying works. Tax relief can be claimed on qualifying expenditure over €4,405 (before VAT at 13.5%) per property. This €4,405 (before VAT) can be the total from any number of jobs carried out and paid for from 25 October 2013 to 31 December 2016 for Homeowners claiming on their main home and on or after 15 October 2014 and up to 31 December 2016 for Landlords claiming on their rental property. While there is no upper limit on expenditure on qualifying works, the tax credit will only be given in relation to a maximum of €30,000 (before VAT at 13.5%) per property.

If a Homeowner or Landlord is having qualifying work done but isn’t spending over €4,405 (before VAT) on the property, it’s still worth choosing a HRI qualifying Contractor and having the work details entered on HRI online. The Homeowner or Landlord may have more qualifying work carried out on the property between now and 31 December 2016. All the spending on the property, added up, could reach the €4,405 (before VAT). It will be very difficult to go back to a Contractor, to try to get him or her to enter details to HRI online, for a job from a year or more ago.

2015 will be the first year for HRI tax credits for Homeowners and 2016 for Landlords. In general, the HRI tax credit will be included in tax credits over two years, starting the year after the work is carried out and paid for.

Qualifying works carried out between 25 October 2013 and 31 December 2013 and paid for by Homeowners during that period will be treated as if they were paid for in 2014 for tax credit purposes.

Qualifying works carried out between 15 October 2014 and 31 December 2014 and paid for by Landlords during that period will be treated as if they were paid for in 2015 for tax credit purposes.